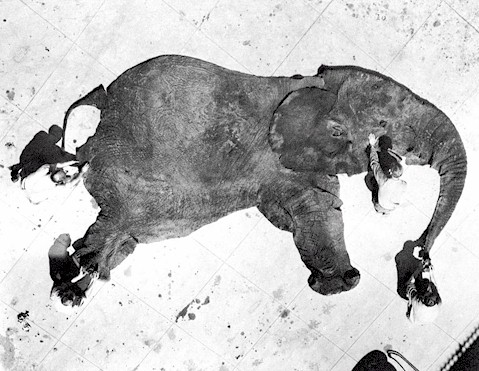 taxidermy doesn’t particularly excite me.  however, here i am again compelled to write about my wanderings into the world of animals, representation and potentially exploitation (another issue in itself).  on a recent piece for all things considered, jay kirk, the author of kindgom under glass, describes the crude methods employed in taxidermy before karl akeley brought artistry to the tradition.  interestingly, wikipedia states that akeley is known as the inventor of gunite which is a form of shotcrete, the process of spraying concrete for many reasons one of which is to stabilize loose rock near roads.  kirk goes on to state that often times the stuffed carcass barely resembled its’ true self.

it isn’t particularly startling when i actually stop and think about it.  can skin wrapped around the dross of the taxidermy workshop ever accurately portray a body composed of muscle, fat and bone?  further, how does one even pick the best pose to capture the essence of an animal?  when you stand before a diorama of an animal in its natural scenery acting natural, you really are looking at a stereotype.  portraiture is deceptively complex.

returning to taxidermy proper, i was completely absorbed with the process shots provided in this taxidermy.net forum post that describes the “akeley method”.  all of this effort was put into presenting for the masses a vision of an animal they most likely will never see in person.

You are currently reading Animal Skin and Shotcrete at a young hare.