wednesday cy twombly died.  i’ll spare you my average interaction with the artists work and direct you straight into the arms of greg allen who wrote a nice piece about cy twombly’s impact on his own life.  though as a quick note: if you happen to be in houston, texas, visit the menil collection which has not only the rothko chapel, but the ethereal cy twombly pavilion.  i assume greg visited the menil before the cy twombly pavilion existed.  greg writes about his interaction with cy and how this experience fostered an appreciation for living artists.  he ends on a rather poignant note stating:

maybe it’s being involved with art of our time–of my time–that came into focus that day.  the artists whose work we admire, the people whose ideas influence us, are around for a while, and we can engage them.   and then at some point, they’re gone, and we’re left with just their works and their words.  and with our own experiences and memories.

maybe it’s because last week’s posts concerned preservation but i’ve been thinking a lot recently about the relationship of people to art and architecture over time.  eva hesse’s work is slowly decomposing and soon all that will be left is the description of her pieces.  more than likely, future generations will come into contact with her work through the words of another person, giving their own take on the her work.

this idea of appropriation reminds me of another post a couple of weeks back about alteration through repetition and the game of telephone.  from the moment that llama pema spoke to the first person in the telephone line information was being lost, and continued to change as people passed on to the best of their memory (though some intentionally obfuscated) the phrase at hand.   accompanying the text to that essay was a series of photographs from sam jacob’s exercise with his students in which a description of an existing famous piece of furniture was given.  the person listening to the description would draw what was described.  the drawing was modeled and then 3-d printed.  the result was a series of mutant pieces of furniture oddly reminiscent of the original.  but as llama pema said at the end of the telephone game:

a central teaching of buddhism is that everything is ephemeral…. what salman [rushdie] read was one hundred per cent pure wrong.  yet there was one right word and that was the gist of the message.  in the end, the words were not my message – those got completely lost.  but it was very fascinating because coincidentally, accidentally, the listeners got the sentiment.  and then they created their own words.

while it could seem tragic that we are forever slowly drifting away from the original it’s refreshing to think of it as a continuous revival and reinvention and actually an appropriation (though not through rape, sorry susan sontag).  we connect closer to the object through the act of translation. 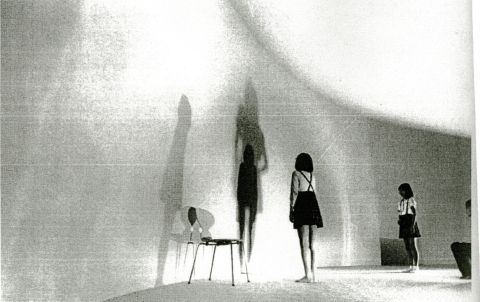 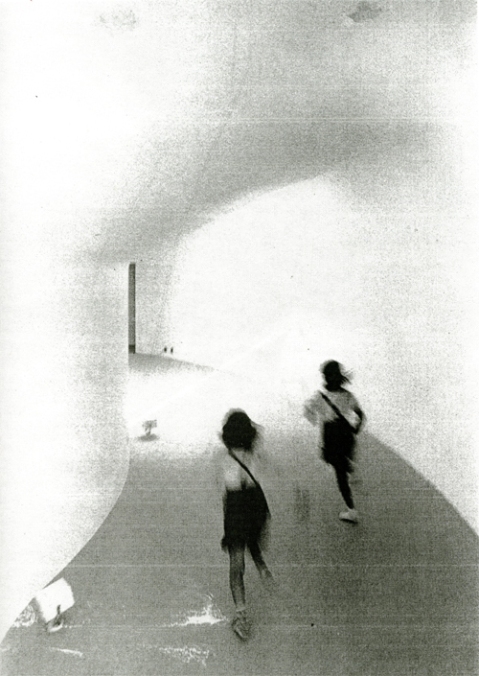 today’s post is also nod to my own past.  while at rolu i wrote about several things, one of which was all white japanese residential architecture.  at some point in time i came across white u.  a house designed by toyo ito for his grieving sister.  you can read more about that story here.  the important thing to know is the house is gone, demolished in the amazing way japanese culture goes about constantly destroying and rebuilding.  all that is left of white u is a series of photographs.  the photographs are deliriously whimsical, projecting a world outside of normal routine life experiences – unless you happen to be a small japanese girl running through a house shaped like a curving hallway.  there are no humanizing photos of bathrooms, bedrooms or kitchens.

when i discovered these photographs, i was at a university library.  being that i wasn’t a student i had to photocopy the images (the scanner was broken), bring them to the office, scan, and then post the images online.  it became this hilarious process in which the image of white u was altered.  so, today i decided to continue this process.  before re-posting these images i printed them, scanned them, and then posted them without adjusting the color levels. 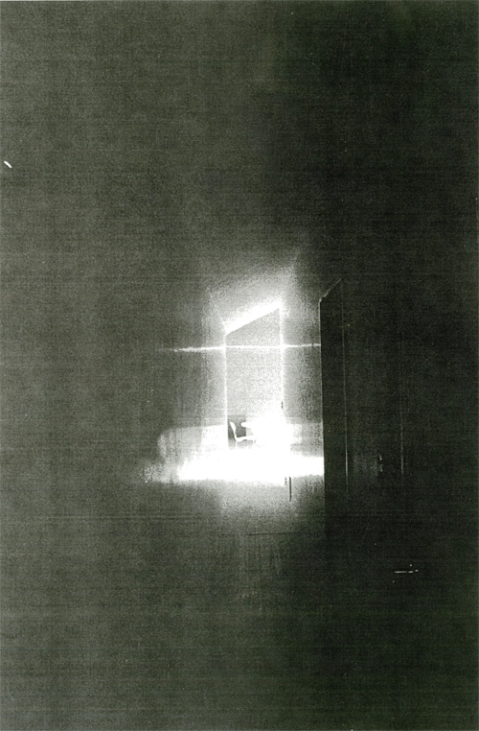 i could see myself making this a yearly event.  slowly the images would change into something much more extreme.  middle tones will be lost.  whites will be whiter.  darks will be darker.  but maybe the spirit of toyo ito’s original thought, which he sketched, modeled, drew as plans and sections, possibly with the assistance of others interpreting his thoughts and intentions, and these technical drawings based on sketches of a thought were used to guide a crew of construction workers, and their finished product was eventually interpreted through photographs, which were eventually culled into a set of appropriate images for a monograph[2], which was then printed and shipped to minnesota and left on a shelf for several years, handled by students and professors during those several years, at which point i picked up the book and photocopied the images, scanned them and posted the images online, only to then download them, print them, scan them and post the images again at which point maybe in that mayhem of projections and translations from thought, to line, to wall, to photo, to glowing image nearly forty years later ito’s original thought is still visible in these worn images.

You are currently reading “the knowledge gained through still photographs will always be some kind of sentimentalism, whether cynical or humanist. it will be a knowledge at bargain prices – a semblance of knowledge, a semblance of wisdom; as the act of taking pictures is a semblance of appropriation, a semblance of rape.” – susan sontag [1] at a young hare.